Caitlyn Jenner’s transformation from male athlete to attractive female has been a major media story for many months. The level of interest in her is reflected in the fact that one of her recent Facebook posts has received over 1.5 million “likes.” But transsexualism is only one of many manifestations of sexual difference. There is another much more common gender type that has by and large been overlooked by the media and in film and literature: transvestism. When this subject is addressed, it is usually in the context of its overt presentation by “drag queens” in particular. But more commonly transvestism is a private, secretive expression of human sexuality, and it is this aspect that is explored in the intriguingly different novel, In A Spin. What’s more the subject is treated in a suspenseful, entertaining and distinctively Canadian fashion.

Henry, a high school teacher and hockey coach, and Joanne, a figure skating instructor, appear to be an ordinary, happily married couple in a sleepy university town, noted for propriety not scandal. But are they? Joanne comes to suspect that Henry is having an affair, maybe more than one, and this is corroborated by their neighbours and friends, Max and Carol. With Max’s help, Joanne hatches a plan to catch Henry in the act of making love to another woman, and in their own bedroom. What she discovers, however, is something very different and it risks destroying their marriage, for there is a surprising, hidden aspect to Henry that seems at total odds with the person she has always known.

Here’s an excerpt from the scene at the local arena where Max meets with Joanne to find out what she discovered when she came home on Henry by surprise: 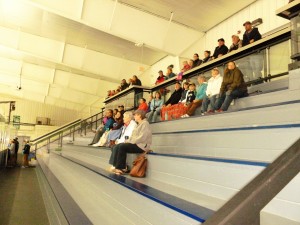 In the unbroken rhythm of the day, the arena was shifting from figure skating to hockey. Max knew the schedule, and he had timed his visit to be able to talk to Joanne off the ice and alone. They sat in the back of the stands underneath one of the electric ceiling heaters, away from everybody else. “So did you come up with a way of finding out what Henry is up to?” he asked almost right away.

“Yes.” Joanne didn’t look at him. She stared at the players, circling the rink warming up. Even though she’d been only at a skating practice and was more than a little distracted, she was, nevertheless, carefully groomed. Every strand of her hair had been teased and scolded into place and her lips looked iridescent as if illuminated by carnival floodlights. A golden pendant hung from her neck as well, a last-minute decision as she’d left the house, realizing she needed some glitter to hide the strain she felt inside.

“So have you confronted him?”

“I cancelled a skating lesson and came in on him by surprise.” 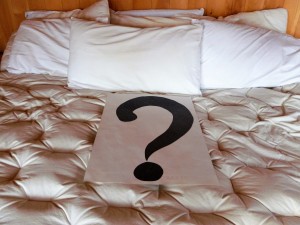 “Oh, so it didn’t work? You picked the wrong day?”

Joanne searched in her handbag for a tissue, blew her nose, and let out a deep, shuddering breath. “There is no woman.”

“I just know.” Joanne’s eyes were trained on her handbag…

“Well isn’t that great news?” Max said a little impatiently, tugging at her arm…”You don’t seem very relieved about it.”

“Yes. It’s good news.” But Joanne wasn’t sure it was. If she had found Henry in bed with a student, she might have been able to excuse it as andropause.

“So we were right about him.” Max felt confused. “That’s a relief, isn’t it. It’s nice to realize we really do know him, isn’t it?”

To read the whole story, you can buy the book by going to http://www.borealispress.com or http://www.indigo.ca. Personally autographed copies are also available by contacting the author: terdotcomm@sympatico.ca.