Given the physical and population size of Ontario, this post includes excerpts from two chapters of Roaming the Big Land, one focusing on the urban and the other the rural character of the province:

First an excerpt from the chapter, “Coming Home”: 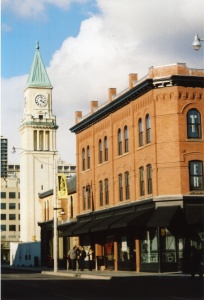 Peter Ustinov once described Toronto as “New York City run by the Swiss.” If that was once an accurate description, it certainly isn’t today. The virtues we once shared with urban Switzerland are slipping, and the vices we have in common with (a vastly improved) New York are mounting. Nor are we now, like New York, a “world class” city–if we ever were. Indeed,I think most Torontonians have the uncomfortable feeling that in terms of global ranking we have been slipping for the past twenty years or more, that we haven’t kept up with the pace of urban improvement in Western Europe, parts of Asia, and even the United States. Gone are the empty boasts one used to hear regularly from Nathan Philips Square about Toronto’s elevated status in the pantheon of cities. In their place is an atmosphere of anxiety and doubt about the long-term health of the city.

Flying home not long ago from Vancouver, I was sitting next to an Alberta businessman who, over drinks, observed, “You know, I can always pick out the Torontonians on a flight. They always look so damn smug.”..Another Albertan writing a piece in The Globe and Mail…asserted “As a Calgarian, I suppose I’m wired to despise Toronto…No amount of discovery on past visits has softened my instinctive animosity.” This hostile attitude seems to be widely shared, not only in the West but in other parts of Canada, even in areas of Ontario that are on the periphery. It is a product, I suppose, of the intense regionalism that has always characterized our country, but it is misplaced and unfortunate…

In Europe, people take pride in their principal cities, recognize that they have unique attributes that only a few urban areas in any country can possibly attain, and view these assets as important for all the country, not just the cities’ residents. It follows that, generally speaking, Europeans have a more generous attitude than Canadians toward the expenditure of public funds on the facilities of their largest cities, which is why most of them are flourishing while Toronto languishes. You cannot ask a city, as Canadians do of Toronto, 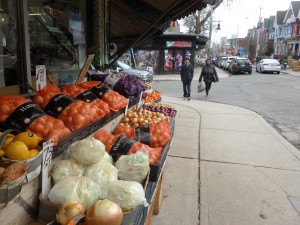 to absorb forty per cent of the immigrants arriving in the country and to assume responsibility for an expanding range of services, and then starve it of the financial resources necessary to fulfill its obligations. Metropolitan centres such as Toronto, Montreal, Winnipeg, Calgary, and Vancouver need the support of people and governments at all levels to make them work and prosper the way their counterparts do in other countries.

The recipe for this chapter is for “Pete’s Marmalade,” an 1853 Ontario recipe.

Now a piece from “After the Last Portage” about canoe-tripping in Georgian Bay and Killarney Provincial Park. 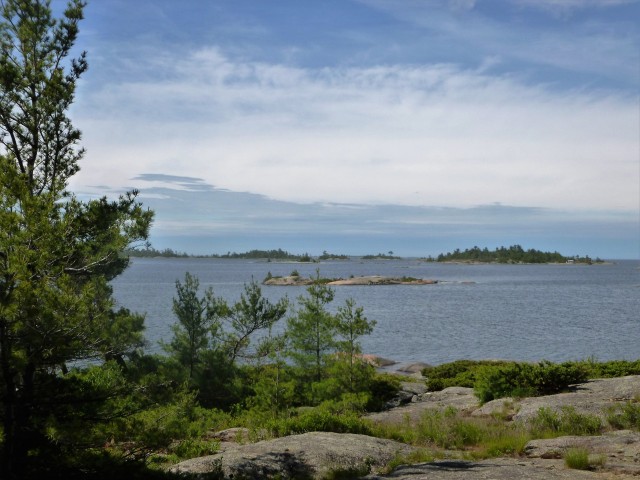 We launch our canoes into the Chikanishing River and paddle out onto the open Bay outside the boundaries of the park. First, we head north in the direction of the town of Killarney and camp on one of the humpback islands of polished granite and pine. Then we turn south for a trip up narrow Collins Inlet, where waterfalls of gleaming rock rush headlong into the deep, blue 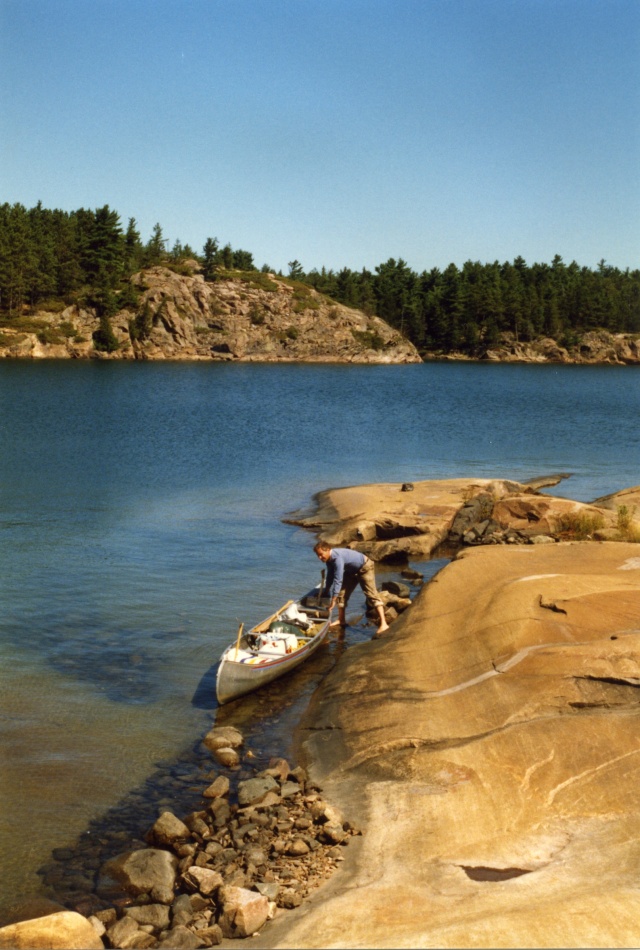 gorge. The Bay is calm, silent, deserted. We have our pick from hundreds of possible campsites on the mainland and on the islands that are strung out for over 150 kilometres along the eastern shore of the Bay. With typical Canadian modesty,these are known as “The Thirty Thousand Islands,” although, in fact, there are many more than that, most of them uninhabited and many uncharted. For centuries, they offered shelter from the infamous wild storms of the Bay for First Nations, explorers, and voyageurs. Today they are destinations for picnickers and campers who come by outboard, canoe, or sailboat. Their rocks serve as tables and chairs, their leaning pines act as umbrellas that shield out the sun, and their clear waters offer refreshment for swimmers, and enticement to fishermen to try and land a bass, a perch, a pike, or a pickerel. Water, rock, and trees. What is special is not so much the elemental simplicity of this basic attire, but the stylish way nature has arranged these simple garments, especially when the Bay wears blue.

The recipe for this chapter is for “Portage Pasta.”

To read more, you can order a copy of Roaming the Big Land: Flavours of Canada by going to: www.penumbrapress.com. Personally autographed copies are also available by contacting the author at terdotcomm@sympatico.ca or via the comment box on this website.